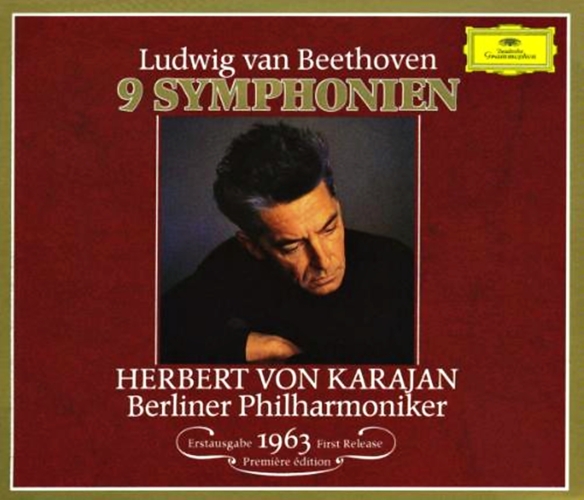 I have been looking through my past assignments to you and I’ve discovered a flaw in my approach.

From the start of this project, each of us has been trying to guide the other into unfamiliar musical territory. As you’ve pointed out a couple of times, we’ve generally been providing fairly non-standard entry points. That’s to be expected given how nerdy we both are, and it’s part of what keeps this so interesting.

But as I scanned our oeuvre thus far, I couldn’t help but think that my assignments have been borderline perverse. Nobody has ever suggested Van Der Graaf Generator as a possible ‘in’ to prog — let alone Magma. And, even my assignments drawn from the pool of ‘standards in their genre’ — Red and The Black Saint and the Sinner Lady come to mind — have tended to be the sort of music that’s become standard specifically because of how it plays against the conventions of its genre.

This all goes double for my approach to classical music, so far. Come to think of it, I haven’t assigned you anything that can even be called ‘classical’ without some heavy qualifications. (Bartok, maybe. But even that’s a stretch.) Perhaps I ought to defer a bit more to the broader public’s notions of ‘the essentials.’

Yes, I like the sound of that. You need a firm grounding in the basics, Matt. You need ‘core repertoire.’ You need something that is, for us classical concert hall types, utterly standard to the point of monotony.

(You can tell a real classical type by whether they refer to symphonies by cardinal or ordinal numbers, i.e. ‘Beethoven’s Ninth’ vs. ‘Beethoven 9.’ Incidentally, that’s the same way you can tell an old-school Doctor Who nerd from a Nu-Who fan: ‘the Ninth Doctor’ vs. ‘Nine.’ In either case, both options are acceptable nomenclature.)

What shall I say about Beethoven 9? Well, I suppose the most important point to bring up is that there’s more to it than ‘Ode to Joy.’ That may seem obvious. But then, that melody is so synonymous with the phrase ‘Beethoven’s ninth symphony’ that it may indeed come as a surprise for some that the ‘Ode to Joy’ doesn’t even crop up until over 45 minutes into the piece.

And when it does, it’s one of the most gratifying moments in all of music.

To my ears, even the most familiar parts of Beethoven 9 don’t have the whiff of mould about them that, say, Vivaldi’s ‘Spring’ does. Or Beethoven 5, even. I can’t begin to speculate as to why that is, or if it’s true for anybody except me. But for all of my bluster about how the classical repertory is strangling the modern concert hall and silencing living composers, I would never question the common wisdom that this symphony is one of the best things ever accomplished by a human.

A colleague of mine, who isn’t really that much of a classical music person, once opined that Beethoven 9 is the best piece of music ever written because anybody can listen to it and enjoy every part of it. It isn’t my personal favourite piece, nor even necessarily in my top ten. But I find it hard to disagree with my colleague’s assessment. In modern parlance, Beethoven 9 is chock full of hooks.

Okay, enough eulogizing. You need context. This is Beethoven’s final symphony. It is the only one that he wrote during what’s thought of as his late period, premiering a full decade after his eighth. It was the first symphony of note to use voices and text — the ‘Ode to Joy’ is a setting of a poem by Schiller. There’s no overstating what a massive deal that was. Wagner would later interpret this as Beethoven proclaiming that instrumental music had run its course, and he used that interpretation to justify his decision to only write operas (or Gesamtkunstwerken, if you insist).

A quick word about the recording I’ve chosen: it’s a classic performance from 1962, by the Berlin Philharmonic under the direction of Herbert von Karajan. Karajan was an old Nazi (no, an actual Nazi — though his sincerity has been questioned) who led the Berliners with an iron fist and a contemptful scowl for over three decades. By the end of his career, he’d shaped the orchestra into a slick monolith that sounded the same in Debussy as in Wagner. But early on, he made some recordings that are still considered the gold standard. This is one. (And for what it’s worth, it has sold massively well, over the years.)

Beethoven and Karajan were both angry, serious and unpleasant men, but this music is none of those things. It is effervescent and powerful, and has no desire to alienate anybody but rather to reach everybody. I hope it reaches you.