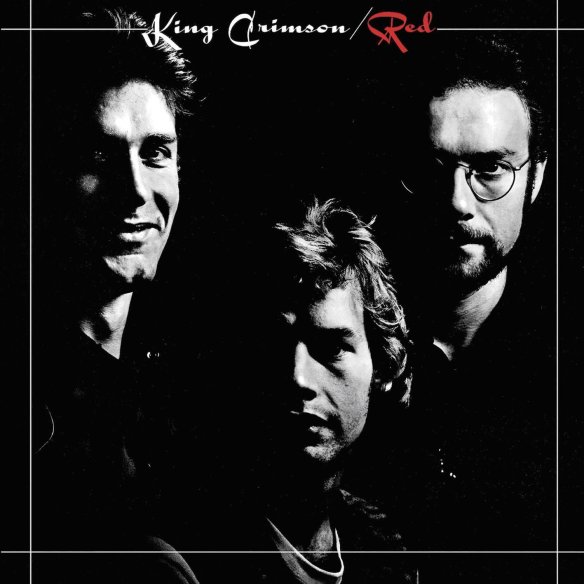 Time for prog rock round three.

King Crimson is for some reason the coolest of the classic prog bands. You seem to have picked up on that yourself, given your opening remarks in your Magma response. I have a few theories as to why that is. Bullet points!

That last point brings up something important: King Crimson isn’t really a band in any meaningful sense. They’re a series of bands, at best — with a leader in common. Fripp has described King Crimson as ‘a way of doing things,’ which is just one example from his lexicon of strange ways to talk about his band. King Crimson doesn’t break up; they ‘cease to exist.’ And they don’t re-form; they ‘return to active service.’

Picking an album to assign was no small task, given that not many of them have much in common. In the Court is probably their most revered album. But, it’s also the wellspring of a particular kind of prog that I know you don’t enjoy. Discipline, perhaps? Nah, too easy. It’s practically Talking Heads with polyrhythms.

Red, then. This version of King Crimson, my personal favourite, made three albums in ‘73/’74, of which Red is the last. True to form, Fripp couldn’t maintain a steady roster for all three albums: they lost their auxiliary percussionist after the first and their violinist after the second. So, on Red, the band contains three official members: Fripp on guitar, John Wetton on bass and vocals, and Bill Bruford on drums. This is the leanest that King Crimson would ever get, although the album features guest performances by a number of ex-Crimson members on various orchestral instruments.

I won’t get into the music on the album too much: I’ll leave that to you again. I can’t resist a few remarks, though. More bullet points!

Okay, I was going to try to be finished at this point. But, given your response to the prog you’ve encountered so far, I do have just a bit more to say.

People often assume, as you have at times in the course of this blog, that prog fans enjoy this music primarily on an intellectual level because, to quote you back at yourself, ‘it’s very technically impressive that you can play in weird keys and modes and flawlessly stick to bizarre time signatures.’ And, I’m sure there are fans out there for whom that’s the primary appeal. Certainly, complexity and technical proficiency are factors that enter into every defence of prog that I’ve ever read.

But, I’ve always found that defense a bit self-defeating, because for most listeners, complexity and technical proficiency are not values in themselves — nor are they necessarily even discernable. And I don’t actually think that those are really the reasons why prog appeals to most of its fan base. I think that it’s like any other kind of music: some people just respond to it intuitively, and others don’t. If this album doesn’t provoke that kind of intuitive response from you, I’m not sure there’s any prog that will. (Which doesn’t mean that I won’t keep trying, naturally.)

My challenge to you as you listen to Red is the same challenge that the MC offered the audience at the Magma concert we attended: don’t try to intellectualize this music. Contrary to its Apollonian image, that is not what it’s for. There are bits of this album that are in 13/8 time. Do not misconstrue that as being ‘the point.’

I await your response with even more anticipation than usual.