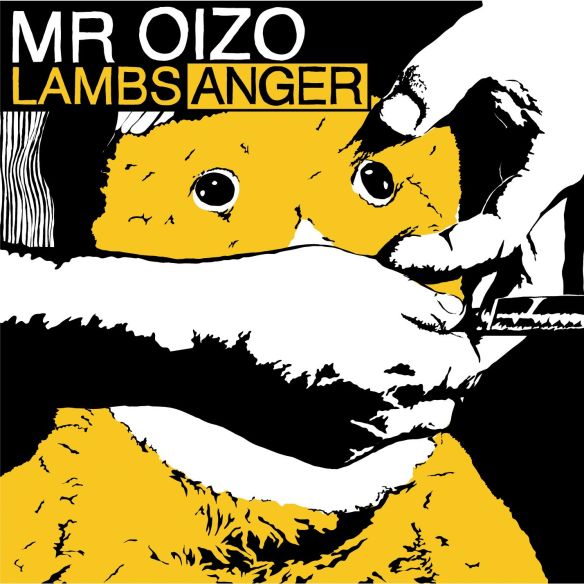 Well, this was an aesthetic experience. What a pity that website is getting torched. Such a loss.

I must congratulate you on your expert guidance into the world of Quentin Dupieux. This could easily have been a disaster — there’s something perverse about recommending an album that parodies French house, when the recommendee’s experience with that genre is basically limited to Daft Punk’s Discovery. But Lambs Anger worked for me. And I think part of the reason why it worked was because because Rubber got me into the right headspace for it.

I actually watched Rubber in its entirety, because how can you not? Metafictions like this are catnip to me. (See also: Mulholland Drive, Holy Motors, Adaptation). I came for the self-reflexive genre critique; I stayed for the unexpected joy of watching a weirdly sympathetic anthropomorphized tire blow shit up.

Still, that opening is the lynchpin of the whole thing, isn’t it? I think it’s especially notable that our self-aware police lieutenant frames the movie as an homage rather than a satire. (I’m sure the two can overlap. In this case, though, they don’t.) Rubber observes that much of what happens in movies happens for the sloganistic “no reason.” But, instead of suggesting that there’s something wrong with that, the movie concludes that it’s the natural order of things and indeed, that it’s the “most powerful element of style.” And then, Rubber proves its point by being incredibly fun to watch.

I’m quite certain that there’s something similar afoot in Lambs Anger. You mentioned in your assignment that there’s an element of piss-taking in what Mr. Oizo does. (And, frankly, if he is just punking the scene, it’s working. Have you read the Pitchfork review of this? Daaaamn.) But, as you well know, that’s not the whole story. Dupieux has mastered a concept that I like to hammer on about: the qualities that make a thing patently ridiculous or flawed can (and in many cases, should) be construed as positive to the overall experience of that thing. (I’m going to link to Sontag’s “Notes on Camp” again, because any opportunity etc. Though I should stress that Dupieux’s self-awareness disqualifies him from inclusion in that category right from the outset.)

That notion of just owning your idols’ ridiculousness is the explicit theme of Rubber. In Lambs Anger, it’s more implicit, but it’s still there. It is also the theme of Jethro Tull’s Thick as a Brick, which is an album I only invoke when I’m in a really good mood.

A final observation: at one point in Rubber, there’s a bedraggled hitchhiker walking along the desert road. Upon investigation, I discovered that he’s the co-composer of the movie’s score, and a member of Justice — who you referenced in your post. He’s also wearing a Yes t-shirt. I am going to allow myself one of my occasional lapses into mysticism and take this as a sign that your next assignment needs to be another prog album.