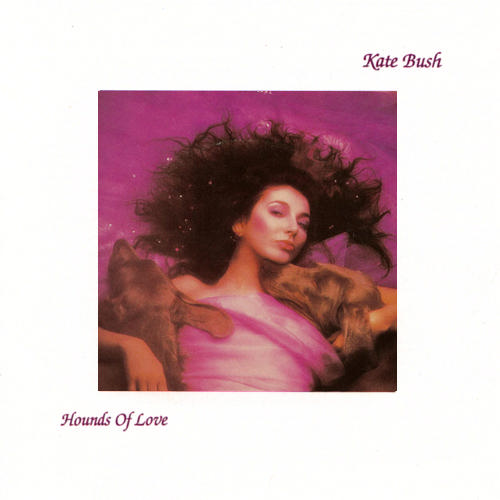 In honour of this blog having gotten weird already, allow me to introduce you to Kate Bush.

I’m at a loss to explain why Kate Bush is popular. But, I do feel like I can pin down part of what makes her connect with her most devoted fans: she possesses a seemingly supernatural amount of empathy.

Bush writes deeply personal songs, but they feel like other people’s personal songs. She’s written lyrics from the POV of Houdini’s wife, a man contemplating fatherhood, and a curiously articulate fetus, among others. These ultra-specific psychological portraits can be alienating, before you find your footing.

Maybe you’ll agree with me that pop music is generally contingent on the listener’s sympathy: you’re meant to identify personally with what’s being sung. That’s why there are so goddamn many love songs. But, Kate Bush’s best songs work differently. They can make you feel empathy for a person to whom you are entirely dissimilar — even if, like me, you don’t normally possess much of that.

I think this is probably why Hounds of Love is Bush’s most beloved album. It’s a mix of genuinely personal songs with some semblance of universality (“Running Up That Hill” became Bush’s second-biggest hit) and tracks that entreat you to work past their alienating strangeness and come to an understanding with their protagonist.

This latter approach comes to the fore on the album’s second side. Much like our perpetual favourite reference point, 2112, one side of Hounds of Love is just a bunch of unrelated songs, and the other side is a sprawling conceptual epic. That epic, subtitled “The Ninth Wave,” is as narratively ambiguous as Deltron 3030, but there’s a nominal throughline involving a woman who (nearly?) drowns following a shipwreck.

I adore this side’s first track, “And Dream of Sheep.” It’s based on the ingenious premise (Kate Bush songs often have “premises”) of relating the inner monologue of a personified lighthouse as it falls asleep and inadvertently causes a tragedy. Of all of Kate Bush’s massive, Wes Andersonian cast of eccentrics and quietly tragic figures, this lighthouse may be my favourite.

But, Bush’s all-time greatest feat of empathy lives on side one: “Cloudbusting” is told from the perspective of a child — the son of dissident scientist Wilhelm Reich. The narrator’s inner monologue seems as alienating to an adult listener as it probably should. And yet we feel for him. “I hid my yo-yo in the garden,” he sings to his imprisoned father, “I can’t hide you from the government.”

The album’s sound is of its time. It’s got some badly dated synths, and it’s full of that awful 80s drum sound. But, I don’t care. The songs are strong enough to push through that.

I could go on for thousands of words about all of the reasons why I adore this album. But, ultimately, it comes down to this: Hounds of Love is an album full of feelings. In stark opposition to Bush’s image as an alienating, eccentric figure, Hounds reaches out and makes the effort to connect.

I have no idea whether or not it’ll connect with you. I hope so. I hope it knocks that impassive facade of yours clean off. I want to see waterworks, Meuse.

But, either way, this is what all the fuss is about. Now you know.