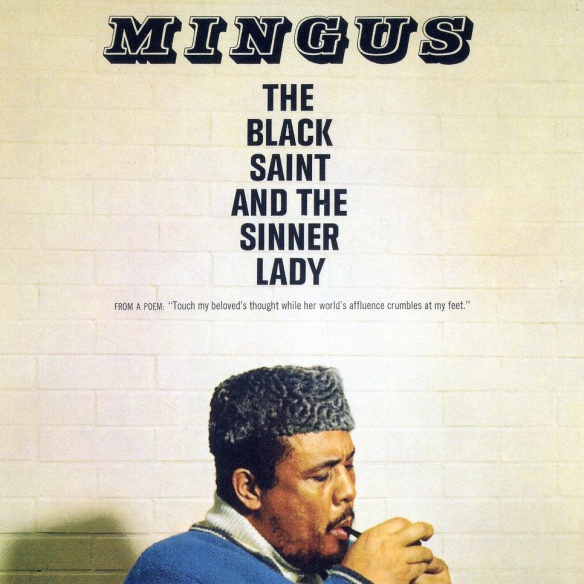 Isn’t that word just fun to look at? Especially with an exclamation mark. Here, let’s see it again:

Nice. Anyway, I’ve given you ten assignments in the course of this project, and none of them has had anything much to do with jazz. There’s a good reason for that: I really don’t listen to that much jazz, these days. People tend to assume that I enjoy jazz more than I do, because I’m a classical listener who listens to things other than classical. And when classical people like ‘things other than classical,’ people tend to assume we mean jazz.

Actually, my jazz fandom reached a peak in high school, and I haven’t continued my exploration of it that doggedly since then. But, I still like to revisit some old favourites from those days. So, here’s one that has more staying power than just about any other jazz album, for me.

Jazz as an idiom was never more interesting or vital as it was in the early 60s, around the time this album was released. It had long since matured to the point where people were making self-conscious artistic statements with it, but it hadn’t yet ascended to the bland legitimacy that has characterized so much of it for the past few decades. (Jazz might be the only music to which the word ‘gentrification’ meaningfully applies.)

In 1963, bassist Charles Mingus was perfectly situated to make the album that summed up jazz thus far. He’d played with Louis Armstrong’s touring swing band. He was briefly a member of Duke Ellington’s orchestra, who boasted the most complex and elegant jazz arrangements of anybody before or since. And he’d played in bebop combos with Charlie Parker, who redefined jazz harmony and set new standards for speed and complexity in solos. Throw all of those influences together with a big dollop of gospel and some conceptual notions inspired by Mingus’s psychoanalysis sessions, and you get The Black Saint and the Sinner Lady.

(It’s worth checking out the back half of the album’s liner notes, which were actually written by Mingus’s therapist. The first half was written by Mingus himself and is almost entirely inscrutable.)

The album consists of a single sprawling composition (hmm, this seems to be a theme, lately) written for a ten-piece band with occasional interjections by Jay Berliner on classical guitar. That format is the source of a lot of Black Saint’s appeal. For all of Mingus’s effusive rhapsodizing about how wonderful Charlie Parker was, he remained loyal to the elaborate structures and complex timbral effects of the Ellington band. I think that has a lot to do with why this is a jazz album that I still love, even having largely dropped out of jazz: it doesn’t conform to the standard jazz format of one solo after another.

Long before this album, Mingus appeared as a member of ‘The Quintet:’ a sort of jazz supergroup assembled for a single concert at Massey Hall, which also included Parker, Dizzy Gillespie, Bud Powell and Max Roach. Frankly, Mingus was the weak link at that gig. But that’s because he isn’t the kind of jazz musician where the joy lies in listening to him play his instrument. He’s a bandleader. He’s kind of like Miles Davis that way, except one suspects he was at least marginally more fun to be around. (He published a pamphlet on how to toilet train cats. Tell me you don’t want to hang out with this guy.)

There are plenty of solos on Black Saint, and they’re good solos. But, for me, the appeal lies more in the arrangements, which are enormously complex but manage to still feel intuitive. Jazz solos are best appreciated with a bit of insider knowledge — knowledge that I mostly lack. On the other hand, anybody can appreciate a band making a big, soulful sound. This band makes a huge sound, and I imagine they’ve done a pretty good job here of emulating what it was like inside Charles Mingus’s fascinating mind. What more can you ask for?

P.S. Since we’re giving bonus tracks now, you might like to check out Mingus’s most famous cut, which brings his gospel influences front and centre — and is probably the catchiest instrumental jazz tune ever recorded.

1 thought on “Charles Mingus: The Black Saint and the Sinner Lady (pt. 1)”